Called the most modern concert hall in Northern Europe, the venue has the facilities to host conferences for more than 1,800 international delegates, as well as high-profile concerts and shows.

The project included the selection of an iDR system to manage audio distribution, control and zoning across the venue’s many areas surrounding the concert hall, including foyers, artist rooms, backstage and stage managers’ area.

The system includes an iDR-8 16×16 matrix mixer, an iDR-in and an iDR-out expander unit, and an iDR-switch to enable the connection of external equipment, such as room dividers and relays. 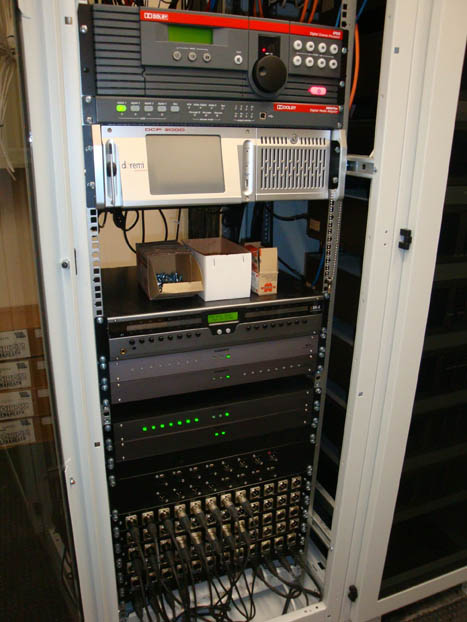 The Nokia Concert Hall offers a main hall with video monitoring, 20x10m large screen and six interpreter booths, with 12 additional 500-capacity conference rooms, and a 3300m2 lobby area with catering services, plus a VIP lounge and an exhibition area. In addition to different concerts, shows and conferences, Nokia Concert Hall will this year also host the European Film Academy Awards.

A Meyer Sound Constellation acoustic system, the largest in Europe, has also been installed in the venue.

“The conference centre truly is a state-of-the-art facility with a unique concept unprecedented in Estonia or anywhere in the Baltics. The top quality sound, light and video technique of the multi-functional conference facilities make it the best equipped performance hall in the region,” said Peeter Rebane, Chairman of the Management Board of Solaris.