On July 12, 2019, violinist Nigel Kennedy played an engaging concert as part of the Schleswig-Holstein Music Festival. Around 3,500 spectators would not miss this event in the Holstenhalle 1 in Neumünster. The violinist was accompanied by the Schleswig-Holstein Festival Orchestra, which comprised young musicians from no less than 27 nations, which were selected from 1,500 applicants during international auditions.

Dutch loudspeaker manufacturer Alcons Audio teamed up with Kennedy’s sound engineer Andreas Adelhofer of Headroom Media Service GmbH for the sound experience. Adelhofer, who has been working as sound engineer for Nigel Kennedy for more than five years, is responsible for all his concerts worldwide as front of house engineer. In this capacity, he is also the interface between artist and promoter or service provider in the production preparation. In part, his company also provides the complete production for European tour stops.

At the concert in Neumünster Adelhofer cooperated with Alcons Audio for the first time. “I’ve been wanting to test an Alcons pro-ribbon system live for a long time and from time to time I’d been talking to Carsten Albrecht from Alcons Audio Germany. With Nigel Kennedy, I was finally able to put this project into action,” says the Tonmeister. 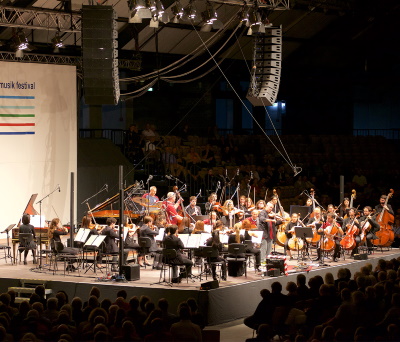 As a sports arena with an arched roof, the Holstenhalle 1 is certainly not the ideal place for a top-class classical concert and challenges sound engineers and PA technology, as Andreas Adelhofer reports: “Acoustic pre-planning played a key role in these circumstances. Both me and the artist himself are always interested in an unobtrusively natural sound that is as acoustic as possible. My maxim is, “You only hear the PA when it’s off.” At the same time, of course, every viewer should be acoustically close to the action and, so to speak, sit in the front row.”

“This requires optimal miking and a very well-tuned loudspeaker system, which covers the room and the spectator area evenly without any increase in frequency response and sound level distribution. This was perfectly achieved with the Alcons LR18 line-array as the main system. After measuring the system by Uwe Biesgen as a system engineer, we had only 1dB level drop in the frequency domain on the places farthest from the stage,” says Adelhofer. 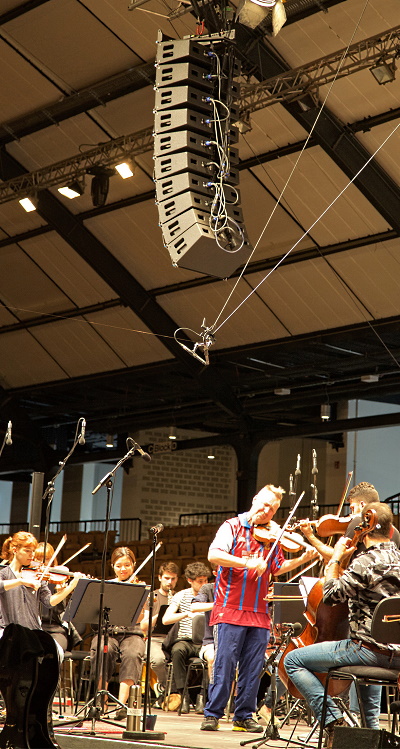 The Alcons system has convinced him overall: “As I expected, the system has delivered excellent coherence. The acoustic image in the entire audience area was extremely homogeneous, especially in this acoustically very demanding environment of a transversely played hall with arched roof. If then also concertgoers pass the front of house during the break and praise the unobtrusive, defined and warm sound, I believe everything went excellent. Adelhofer is following a worldwide trend by definitely putting Alcons on top of his rider as the preferred system.”

This assessment was fully confirmed after the concert by the artist and management.

Finally, Andreas Adelhofer expressly thanks again for the excellent support by Carsten Albrecht and the support of Uwe Biesgen, who was provided by Alcons as a system planner and technician, delivering Adelhofer “optimal working conditions.”

All Posts
PrevPreviousImproving Emotional Conductivity: Wielding Our Skills In Support Of The Art Of Music
NextChurch Sound: The Benefits Of Being A “Tech Ninja”Next
Live Sound Top Stories
Explore All Live Sound