Now available in 32-bit and 64-bit versions, as well as offering a new interface, live loop and sample triggering, and much more

Acoustica has announced the release of Mixcraft 7 and Mixcraft Pro Studio 7, an updated version of the company’s flagship recording software now available in 32-bit and 64-bit versions, as well as offering a new interface, live loop and sample triggering, audio warping and quantizing, enhanced control surface support, plug-in management, hundreds of new loops and samples, new virtual instruments and effects, and dozens of other improvements.

The new Performance Panel is intended for composing and performing music both live and in the studio, allowing real-time triggering and automatic synchronization of audio loops, MIDI clips, and samples. The panel can be manipulated using Novation’s Launchpad controller, a MIDI controller, mouse, or computer keyboard.

Mixcraft 7 offers support for Mackie-compatible control surfaces, as well as Frontier Design Group’s Tranzport control surface, and can be easily configured to work with any MIDI controller. Mixcraft 7 can also be controlled from across the studio using the free Mixcraft Remote app for iOS and Android devices. And, it also includes Copula, an advanced time-stretching and pitch-shifting technology. 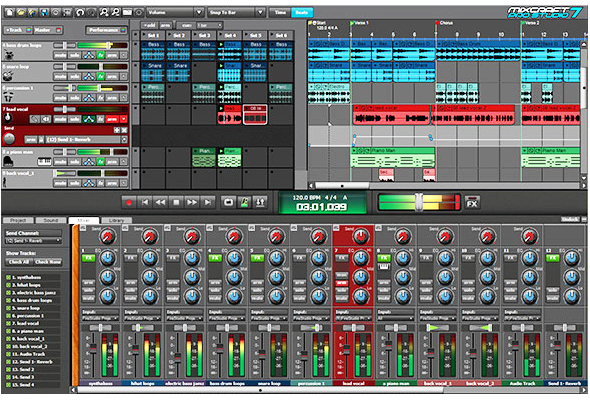 Read More
In The Studio: How To Charge For Your Time