A Matter Of Delay: Getting To The Essense Of Effects In Your Church System

This article is provided by Church Soundcheck.com.

At the heart of what we call “effects” in professional audio is the delaying of sound.

Virtually any audio effect – reverb, flanging, chorusing, phaser, echoing, looping, etc. – uses (and manipulates) delay in one form or another.

You’ve probably heard the repetition of a person’s words in a large canyon.

The first sound is the voice arriving directly to our ears, and then moments later, the voice repeats after the sound wave has traveled across the canyon and back to our ears. There is a delay to that sound caused by the time it takes to travel (at roughly 1,130 feet per second) out to the canyon wall and back.

This same type of delayed echo of a sound occurs in a room as well, and is caused by the sound reflecting off of surfaces in the room and finding its way back to our ears.

We will hear the original sound as a reference, and this is quickly followed by the early reflections (or echoes).

The apparent nature of these echoes is relative to how loud they are, as well as their arrival time. The loudness is a function of the material reflecting the sound, and this can also alter the frequency content because material may reflect certain frequencies quite well and yet absorb others.

The arrival time back at the listener’s ears is a function of how far the sound had to travel through its reflected path to arrive at our ears, and is of course relative to the arrival of the direct sound. 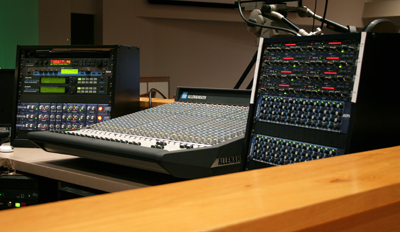 Some reflections may not even be able to be heard, even though they can be measured and proven to be quite loud by comparison.

If the sound is delayed in time less than about 30 milliseconds, our brain will not perceive it as a discreet echo.

So, reflections arriving less than 30 milliseconds after the direct sound arrives might be considered early reflections. Reflections that arrive later will generally be heard as discreet echoes. This effect is typically more noticeable with sounds that have a percussive attack.

When you clap your hands in a large auditorium, you may notice a smoothly decaying sound that lingers for a moment.

This is know as reverberation, and is made up of many hundreds of reflections arriving at the listener’s ears, so closely spaced in time that he cannot perceive them as separate echoes, but rather as a homogeneous mixture of all of them.

Each room has it’s own reverberation “sound,” determined by the acoustics of the room.

That is to say, the manner in which the room is constructed, how large it is, if the surfaces are hard or soft, reflective or absorbent, and even whether it’s painted or not, and so forth, give the room its character.