Presenting the music in the most appropriate manner possible

If you’re like me, you find security and comfort in using plenty of gear in a large entertainment setting. Yet the seasoned professionals who make up the audio crew for the Rolling Stones recently demonstrated to me they understand the benefits of moderation, carefully questioning their decisions and using a healthy dose of restraint while practicing their craft in the most high-budget, high-profile setting imaginable.

Like the Stones crew provided by Clair Global, many of us are also in the business of delivering spectacle, so it’s perfectly understandable why restraint might not be the first thing that comes to our minds when standing at the console of a powerful system or driving a fast car.

Today we’re provided feature-rich digital tools offering limitless opportunities to “use something” with little apparent downside. We’ve been conditioned to apply a liberal dose of the newest mic or latest greatest device in search of delivering that illusive “best sounding show ever.” It’s become much easier to overlook the benefits of moderation.

I respectfully argue that in audio every decision comes with a price. I’m not necessarily referring to a financial cost; more specifically, an opportunity cost of what the positive or negative impact might be from a particular decision. The most experienced among us still carefully evaluate the costs and benefits when making an equipment choice or applying an audio treatment.

Commanding Purpose
After 50 years the Rolling Stones need no introduction. This year’s tour, assembled to celebrate their remarkable longevity, is playing in the largest arenas across North America, the UK’s Glastonbury Festival, and two shows in London’s historic Hyde Park. The band is joined on every show by special guest and past bandmate, guitarist Mick Taylor.

Last night I heard the Stones in Boston’s TD Garden arena. Keith, Mick and the boys played with commanding purpose, delivering a cohesive performance at an energy level that would leave many bands one-third their age gasping for breath. 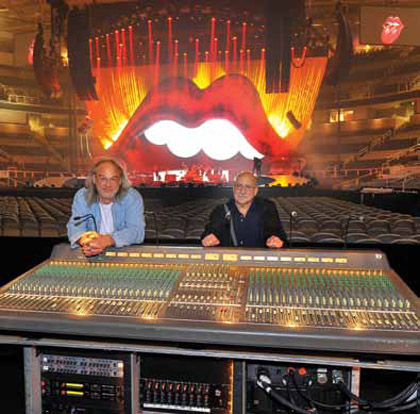 I realize this lack of treatment defies convention, but it’s obviously a considered choice by a crew determined to present the music in the most appropriate manner possible. The result is a remarkably natural and refreshing presentation. The show sounded fantastic, and most importantly, the sound was honorable to the music. No breathing compressors or clicking gates to get in the way. Leading-edge transients abound. To this observer the experience offers engineers of all skill levels an important reminder: just because you can doesn’t mean you should.

Classicist. Minimalist. Strict constructionist. These are the terms that popped into my head as I discussed the live sound approach for the Stones with veteran house mixer Dave Natale, journeyman system technician Jo Ravich, crew chief Thomas Huntington, and monitor mixer Robert Bull. In a world where the majority of us believe we must apply a liberal dose of control, rely on unnecessarily expensive gear for that special sound, or demand the latest greatest digital solution to get through the show, this team is mixing the “World’s Greatest Rock and Roll Band” using relatively little.

“I could do this band on a pair of Shure Vocal Masters and a 58 in some church basement, and guess what it would sound like? It would sound like the Rolling Stones,” notes house mix engineer Dave Natale. “This is possible because of the way this band is, their talents so strong, and the genre of music they play. Most of it is based on old blues. 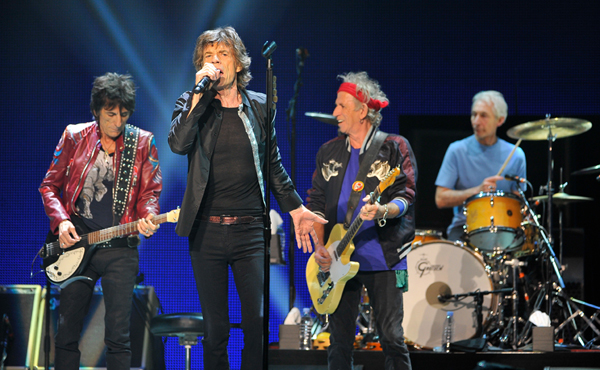 A scene from the recent tour. (click to enlarge)

“These guys started off without a lot of money, they were lucky if they had a guitar amp, and in fact in the old days they shared them. Maybe that’s why guitar amps have two inputs. You don’t need much to make them sound great. We could do a show today with two (Fender) Twins, an (Ampeg) B15, an upright piano, and a four-piece drum set. And you can bet that piano would already be in that church basement so with three roadies we could get most of it down there in one trip.”

He continues, “This is the Stones; it’s not Roger Waters or Elton John. Clive Franks (Elton John) used effects better than anyone I’ve ever heard in my life. That guy was so good, he used a ton of effects on Elton shows and you could hear every one of them even in a reverberant arena. But that was appropriate because of that music. Same with Trip (Khalif) on Roger Waters. You can’t do Roger Waters without outboard gear. That’s not possible because it won’t be Roger Waters. You need delays, you need reverb because that’s the nature of Pink Floyd.”