Located within the Palms Casino Resort, The Pearl Concert Theater is a three-level concert venue that seats between 1,000 and 2,500 people depending on the configuration.

In conjunction with SIA Acoustics and the AV Division of 3G Productions, the venue recently underwent a significant upgrade of the theater’s A/V system with an L-Acoustics K2 line array system and a sophisticated video component including three LED video walls, positioned as house left and right IMAG displays and an upstage graphics display.

Discussing the acoustic upgrade, founding partner of SIA Acoustics Sam Berkow explains, “We worked with Bill Murry of Pfeiffer Architects to create a space that looked and sounded great. Our goals were tonal balance and even coverage for the audience treating every seat with what it needed to sound great.

Berkow continues, “In the 10 years since The Pearl first opened, sound system technology has improved dramatically, and the new L-Acoustics K2 system provides a level of both power handling and uniform sound through the space––something that was impossible just a decade ago. The deadline for our renovation was cut down to the bare minimum. 3G did an amazing job of both sourcing and scheduling the installation to meet the short deadline.”

Specifics for the system include 14 K2 and two Kara cabinets per side for the main PA hang using the new Kara down rigging bar with a center cluster of 10 K2. The center flown subwoofer array consists of four KA28 subwoofers with five floor-mounted KS28 subs plus six Kiva II, X8 and X12 multipurpose coaxial systems.

Power is provided by L-Acoustics LA12X 12,000-watt amps. The monitor package includes eight d&b M2 wedges and 12 d&b M4 wedges, all powered by 30D amps. The front of house console is a DiGiCo SD10 and a DiGiCo SD5 is used for monitors. The new sound system is supported by Q-SYS, a digital head-end solution for audio distribution, digital signal processing and control.

Tom Bohannan, director of production at the Pearl, adds, “The current needs of most touring acts are now more diverse and we needed a system that can function reliably in a variety of setups. I was also looking for a top-of-the-line system that I get the most requests for and that would be the L-Acoustics K-2 rig.

“The K2 system checked all the boxes of what we were looking for and exceeded the expectations of everyone involved,” Bohannon continues. “I’m really impressed by the coverage in every seat and the clarity of the sound. The design and installation team from 3G overcame some pretty big challenges in order to get this project complete and on-time. We had a three-week window to get the old system out and install a completely new system, from PA, monitors, and consoles to the entire backbone and infrastructure to support it all.” 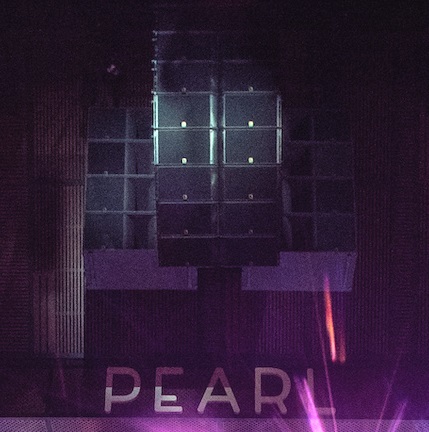 Complementing the audio component is an advanced video system that includes a total of three sophisticated Square V LED video walls, positioned as house left and right IMAG displays along with an upstage graphics display.

The left and right IMAG video walls feature a 16:9 aspect ratio and an ample 40 foot wide by 9.84 foot high viewing area and allow magnification of what’s happening on stage. The upstage LED video wall has a large viewing area measuring 59.06 feet wide by 32.81 feet high that can be used to provide moving backgrounds, visual content and logos for touring artists as well as enabling viewing parties.

The system’s camera package includes two tripod-mounted and four balcony-mounted Panasonic 4K cameras for IMAG support that can be patched into the existing facility infrastructure via BNC SDI tie lines and available within the video system as a source for IMAG switching, monitoring and recording. A Panasonic 4K portable camera equipped with a wireless video kit and camera mounted monitor enables walk-around and onstage IMAG support. 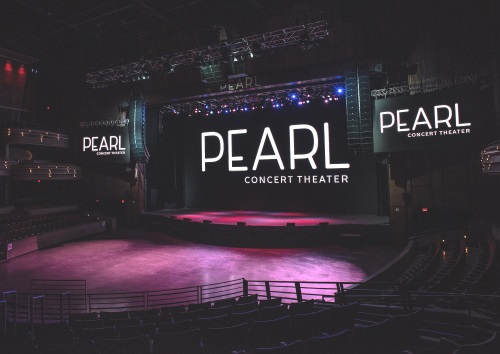 Complementing the system is a broadcast-quality mobile production workstation used as a front of house production center to control the entire video system, ensuring flexibility in terms of scaling the upstage wall for image size, picture in picture and providing either multiple images or one giant image on the screen.

Commenting on the system, 3G COO Keith Conrad states, “It was a privilege and a pleasure to work on the AV upgrade for such a prestigious venue. The audio and video system in The Pearl is designed to provide an exceptional user and audience experience so that touring artists have the tools they need to reproduce their show seamlessly while the spectator becomes totally immersed in every aspect of the show. The system was designed to give everyone a ‘wow factor’ on both the audio and video sensory levels.”

crystalCLEAR mixing setup implemented following another installation of Lawo virtual mixing at a Radio Africa sister station as the group transitions to a modern ...read more →

Multimedia company deploys a pair of SQ Series mixers as the lynchpins of a recent series of high-profile events.